The Visual Effects Society is “immensely” disappointed with the Oscars skit featuring James Corden and Rebel Wilson mocking the special effects that went into the notorious movie bomb “Cats.”

The VES issued a statement Monday saying the Oscar moment “demeaned” visual effects professionals, making them the scapegoat for the abysmal “Cats” reception  — just before the award was presented for the craft.

“Last night, in presenting the Academy Award for Outstanding Visual Effects, the producers chose to make visual effects the punchline, and suggested that bad VFX were to blame for the poor performance of the movie CATS,” the statement posted on the group’s Facebook site read. “The best visual effects in the world will not compensate for a story told badly.”

The statement continued: “On a night that is all about honoring the work of talented artists, it is immensely disappointing that The Academy made visual effects the butt of a joke. It demeaned the global community of expert VFX practitioners doing outstanding, challenging and visually stunning work.”

Behind the scenes Oscars:Every emotional moment we witnessed backstage at the 2020 Oscars

Corden (who played Bustopher Jones) and Wilson (Jennyanydots) earned big laughs in the moment on Sunday, sauntering onto the stage dressed as their “Cats” characters.

“As cast members of the motion picture ‘Cats,’ ” Wilson said as Corden picked up the next line, with, “Nobody more than us understands the importance of …”

Then the two finished together, “Good. Visual. Effects.”

The two then read the nominees for achievement in visual effects, which went to the drama “1917.” 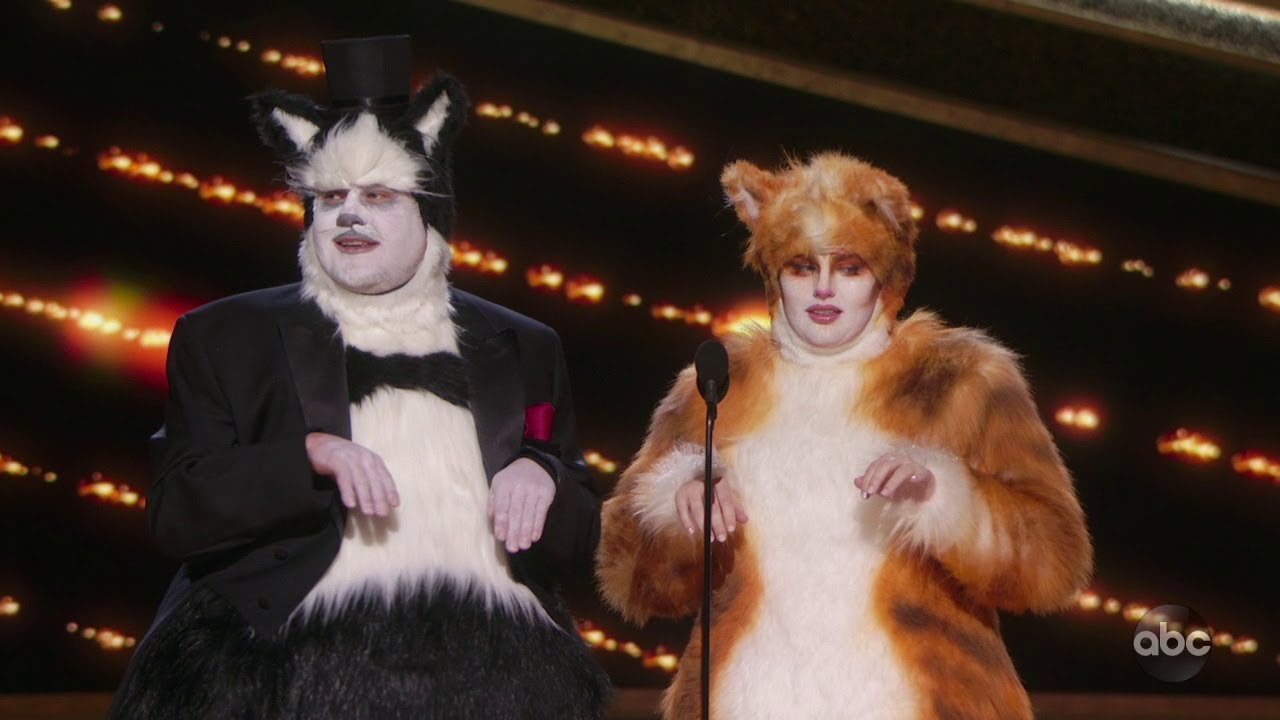 The VES statement called on the Academy of Motion Picture Arts and Sciences to properly pay respect to visual effects in future broadcasts.

“Our artists, technicians and innovators deserve respect for their remarkable contributions to filmed entertainment, and should not be presented as the all-too-convenient scapegoat in service for a laugh,” the statement read.  “Moving forward, we hope that #TheAcademy will properly honor the craft of visual effects – and all of the crafts, including cinematography and film editing – because we all deserve it.”

Despite an all-star cast that included Judi Dench, Wilson, Corden and Taylor Swift, the effects-heavy “Cats” was derided by critics, flopped at the box office and currently holds a 20% critical rating on Rotten Tomatoes.

USA TODAY has reached out to the Academy for comment on the reaction.