No, Houston Texans player J.J. Watt wasn’t needed in Miami for the Super Bowl this weekend. Instead, the athlete went “live from New York” as host of “Saturday Night Live.”

In real life, he’s engaged to soccer player Kealia Ohai, but for the sketch show, he portrayed the “Pilot Hunk” during a spoof of “The Bachelor.” (This season’s lead for ABC’s dating franchise is airline pilot Peter Weber.)

Watt’s character, Pat, had his pick of women; one that spoke with an accent – a “drunk” accent, that is – and another who wrote him a letter, the letter “T” to be exact. For the record, she knows “a couple other” letters, but has decided she’s “gonna play hard to get.” 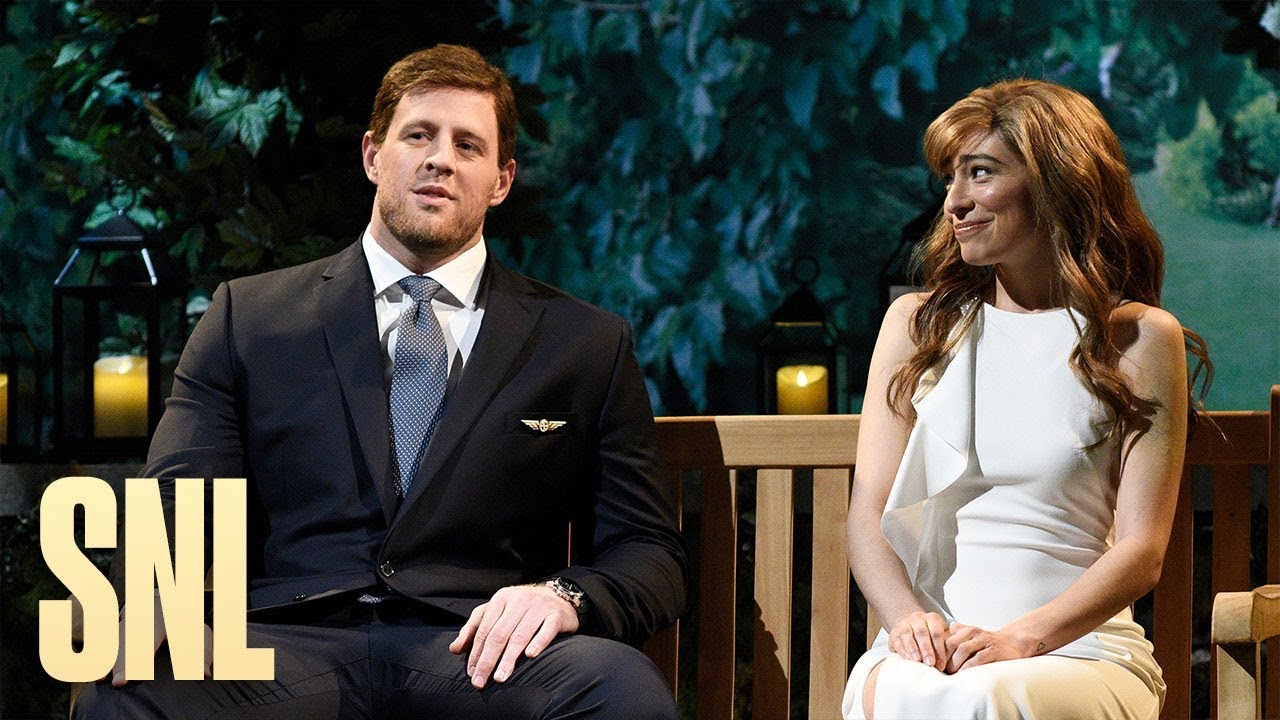 When a contestant announced that it was her 30th birthday, the bachelor called in the guards to take her away.

But the sketch did include a proposal.

“I’m having a really hard time because the producers, they confiscated my vitamins and gave me a knife,” Aidy Bryant said, before showering herself with champagne.

“Whoa! I think I’m ready to propose … that you leave,” Watt said.