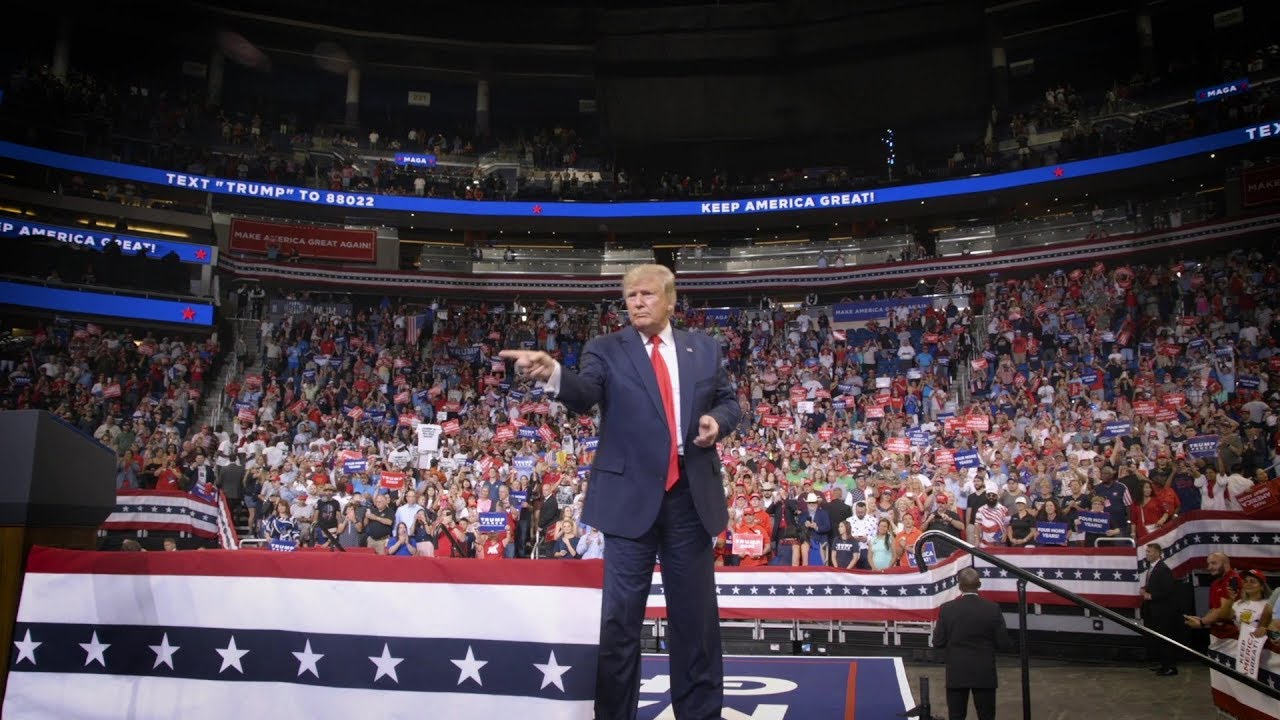 WASHINGTON – Previewing his re-election strategy, President Donald Trump stresses the economy in a television ad to air during Sunday’s Super Bowl – an ad that is the first of its kind for a presidential re-election campaign.

The spot – texted to Trump supporters by the campaign on Thursday – features a narrator and news reports discussing wage growth, job increases, and record low levels of unemployment for African-Americans and Hispanics.

The commercial ends with Trump at one of his political rallies proclaiming: “And ladies and gentlemen, the best is yet to come.”

The Trump campaign released one of the two 30-second ads it plans to air during Super Bowl LIV between the Kansas City Chiefs and the San Francisco 49ers. Thirty-second spots are selling for between $5 million and $5.6 million.

Become a panelist: Sign up to vote on all the Super Bowl ads!

The Trump commercial is not unusual, but the broadcast venue is.

The Trump re-election team said in a statement that it “is the first ever presidential campaign to buy time during the Super Bowl.”

According to USA TODAY’s AD Meter, which has been tracking Super Bowl commercials since 1989, Sunday will mark the first time a campaign ad has aired nationally during the Super Bowl. Politicians have previously had local or regional buys during the game, including then-candidate Barack Obama in 2008.

Democratic candidate Michael Bloomberg who has clashed repeatedly with Trump, has also bought air time during the big game. The Bloomberg ad is one 60-second spot and focuses on gun control, and does not mention Trump.

The Super Bowl is traditionally the most watch television event of the year, and many viewers tune into to assess the cleverness and quality of the television ads, interest that the Trump and Bloomberg campaigns are hoping to tap into.

“Just as the Super Bowl crowns the greatest football team, nothing says ‘winning’ like President Donald Trump and his stellar record of accomplishment for all Americans,” said Brad Parscale, Trump 2020 campaign manager.

In its statement, the Trump campaign said the ad time “was purchased late last year and negotiations with Fox began in the fall to secure time.”

The Fox television network is broadcasting the Super Bowl and some of the surrounding hoopla, including a pre-game interview with Trump.

The president is spending the weekend at his Mar-a-Lago estate in Palm Beach, Fla. It’s not far from the Super Bowl site near Miami, but Trump is not scheduled to attend the game.

Democrats seeking Trump’s job say his economic record is uneven, and that his program of tax cuts and regulation reductions benefit the wealthy at the expense of the middle class and the poor.

”While Trump’s billionaire friends count their corporate profits and watch their stock portfolios grow, millions of Americans‘ wages are failing to keep up with the rising costs of education, health care or housing,” he said.

The Democratic presidential candidates are gearing up for their first convention delegate contest of the campaign. The Iowa caucuses are set for Monday, the day after the Super Bowl.

Trump, meanwhile, is scheduled to deliver his annual State of the Union address on Tuesday night.