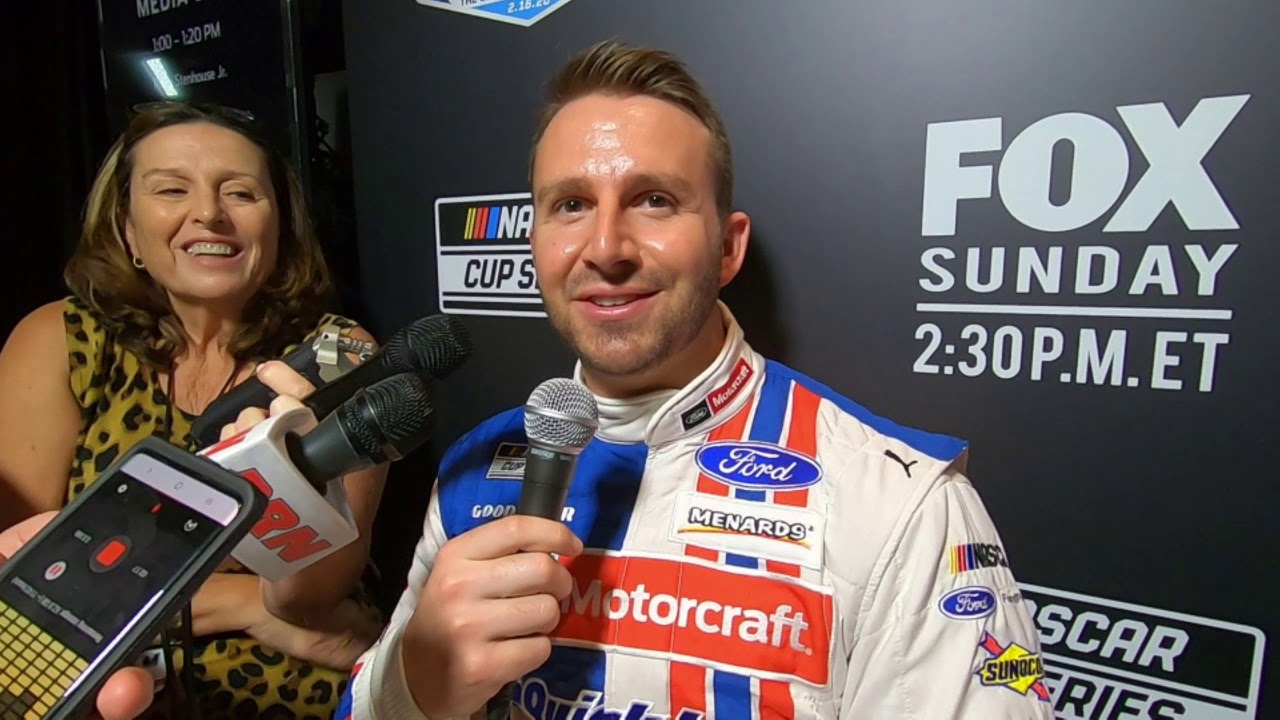 DAYTONA BEACH — The Joey Logano-Brad Keselowski emotional boil-up after both crashed in Sunday’s Busch Clash exhibition race at has turned to a slow simmer.

The Team Penske drivers appeared Wednesday during NASCAR Media Day at Daytona International Speedway with a low-key tone about the incident.

“I think we’ll be fine,” Logano said with a smile.

“My comments to Joey, well, I’ll keep those to him and I,” Keselowski added.

Keselowski has been lobbying his counterparts for two years not to throw a block if a pack of stock cars has built more speed and can make a clean pass on a car ahead.

“I think I have been pretty consistent and verbal about blocking on the race track,” Keselowski said. “I don’t have anything that I feel different about in respect to that.”

The 2012 NASCAR champion was visibly angry following the wreck on Lap 66 of the Busch Clash after Logano threw a block on Kyle Busch. Neither Keselowski nor Busch were able to continue. Keselowski had led 33 laps before the multi-car crash.

Keselowski slapped the side of the ambulance with both hands before getting in for a mandatory on-site medical elevation.

After exiting the Speedway’s infield care center, Keselowski did not mince words.

“Just got wrecked for no reason; just dumb, dumb racing, just dumb moves being thrown out there,” Keselowski said on Sunday. “Guys that don’t know what they’re doing throw crazy blocks and it’s just ridiculous. We shouldn’t be wrecking all these cars.

“This is just dumb. We had a good car, my Alliant Ford was capable of winning the race, led a lot of the race. We were in good position to finish it off and got destroyed for no reason.”

The Busch Clash was particularly brutal. Only six cars were running out of the 18 that started the sprint race.

Asked if there was a “rift” between drivers, Keselowski shrugged and grinned.

“I’m glad you all have something to talk about,” he said. “You can sell papers and drive clicks for NASCAR. The comments between Joey and I specifically, like I said, I’ve said what I wanted to say. Anything further than that, I’ll keep between him and I.”

“You know how it is,” said Logano, who won the NASCAR title in 2018. “You get out of the race car, you’re frustrated, you’re mad, your emotions are running high.

“You haven’t re-watched anything yet and they stick a microphone in your face and ask you, ‘what happened?’ You don’t really know until you go back and study it and figure it all out.”

Daytona’s X-factor is the draft. A line of cars running together is much faster than a stock car on its own over the 2.5-mile tri-oval.

And the draft keeps the stock cars tightly bunched. Any odd bounce or bobble or bump is capable of sparking a high-speed, 10- to 20-car sheet metal brouhaha.

There are few rules, which create a Wild West-like atmosphere in races such as the Daytona 500.

Austin Dillon, the 2018 Daytona 500 winner, was not part of the Logano-Busch-Keselowski crash but was in the general vicinity.

“There are no specific written rules in this sport when you are out there driving,” Dillon said. “I can tell you that. They don’t hand you a book when you go out there.”

As far Logano’s and Keselowski’s relationship status, Logano said they will work it out.

“Stuff happens, but, like I said, we’ve been friends for a long time,” Logano said. “We’ve been able to figure stuff out before.

“I’m not really that worried about it. It’s gonna be OK. We’re gonna figure it out. Everything always blows by. Everything gets better all the time.”