Alicia Keys didn’t have long to process tragic news ahead of Sunday’s Grammys.

Speaking on Wednesday’s episode of “The Ellen DeGeneres Show,” Keys opened up about learning the news that Kobe Bryant and his daughter Gianna had tragically died in a helicopter crash that day, just hours before she was supposed to host the show.

“We were all freaking out, because obviously hearing the news about Kobe and his daughter was so tragic. None of us can still believe it right now to this day,” Keys said. “So I think that it was definitely a crazy feeling, because literally minutes before, we were going to do something else and we had to really figure out how we could properly honor him in his house on this night.”

Keys, 39, recalled meditating backstage in the aftermath, thinking and calling “some of my closest people that helped me really find the truth in the moment.” They arrived on a performance of Boyz II Men’s “It’s So Hard to Say Goodbye to Yesterday” early in the show. The R&B group was already scheduled to perform that night.

“We wanted to do something special: Create just something that felt like it was the right thing,” she said. “And we pulled it together and it was just beautiful. It was like that magic that happens when it’s necessary.”

Tributes to the Bryants continued throughout the show, both inside with speeches, performances and in memoriam tributes, and outside, with Los Angeles Lakers fans turning up to the Staples Center to pay respects.

“We’re all feeling crazy sadness right now because earlier today Los Angeles, America and the whole wide world lost a hero,” Keys said at the top of the show. “And we’re literally standing here, heartbroken, in the house that Kobe Bryant built. Right now Kobe and his daughter Gianna and all those who have been tragically lost today are in our spirits our hearts, our prayers. They’re in this building …We never imagined in a million years we’d have to start the show like this.”

Speaking to DeGeneres, Keys said the whole day was “so much but I was very honored to be able to share that moment with all of us – with the entire world – that we together could go through something that hurt so bad together.”

She then addressed viewers directly: “And I feel really honored to have been able to be there with you in that time.”

More:All the major (and subtle) nods to Kobe Bryant during the Grammys show 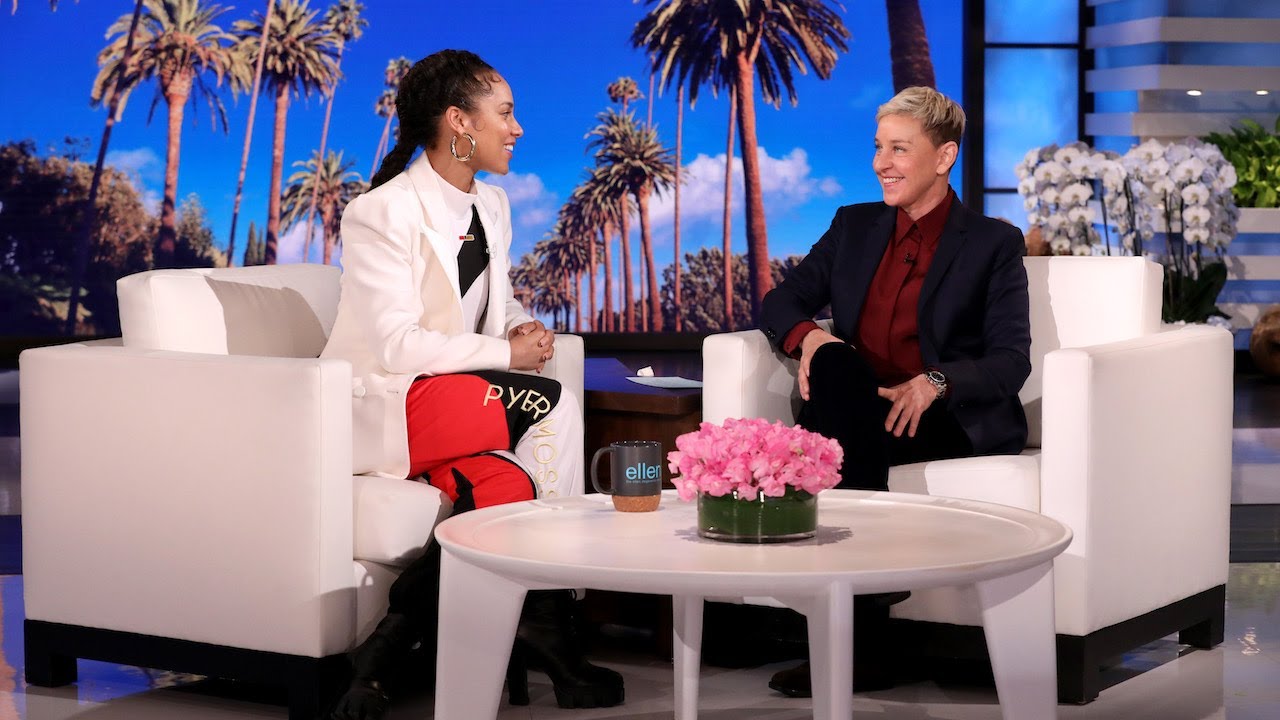 And:The 2020 Grammy Awards in the wake of Kobe Bryant’s death reminded us how music can heal