Democrats get back to debate stage after issues in Iowa

All eyes in the world of American election politics have been on Iowa the last few weeks, but it’s New Hampshire to turn to grab the spotlight. Ahead of next week’s primary, seven Democratic presidential candidates will take part in the party’s second debate of 2020 on Friday in the city of Manchester (ABC, 8 p.m. ET).  The stage will feature the six candidates who took part in the Iowa debate on Jan. 15 — Joe Biden, Pete Buttigieg, Amy Klobuchar, Bernie Sanders, Tom Steyer and Elizabeth Warren. Andrew Yang rounds out the participant list. Friday’s debate will be the first since the issues surrounding the Iowa caucuses, where a winner has yet to be named and the head of the national Democratic Party has already demanded the results be recanvassed. .

Officials in Japan confirmed new cases of the coronavirus Friday on a Princess Cruises ship quarantined off the coast of Yokohoma. An additional 41 people screened aboard the Diamond Princess have tested positive for coronavirus, which causes illness ranging from the common cold to more severe diseases. According to the Associated Press, Japanese Prime Minister Shinzo Abe said new immigration policy will ensure border control to prevent the disease from entering and spreading further into Japan. The newly-reported cases come after Chinese doctor Li Wenliang, 34, who was reprimanded by security police for warning fellow doctors about the initial outbreak, died of the illness.

Americans get the latest picture of the employment situation Friday when the Labor Department releases its January jobs report. Many analysts expect a job gain of 150,000 for the month in the 8:30 a.m. ET  report, compared to 145,000 jobs gained in December. Analysts believe the unemployment rate will remain at a 50-year low of 3.5%. Payroll processor ADP’s report earlier this week — often containing figures that diverge from the “official” government-tracked numbers — showed a job gain of 291,000 largely credited to unusually warm weather. 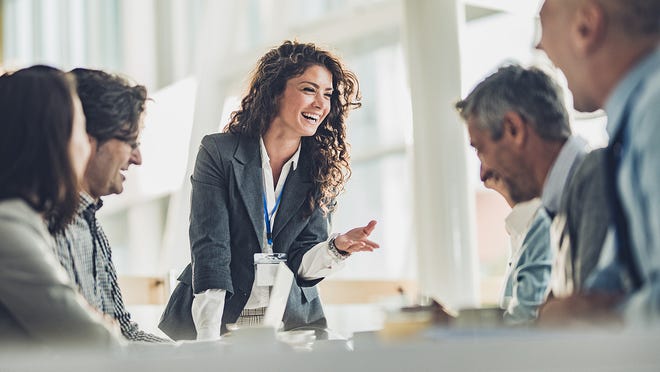 In an interview airing Friday night on the MLB Network, former Houston Astros manager A.J. Hinch didn’t dismiss the idea that the 2017 World Series title has been blemished by the scandal involving the Astros’ use of electronic equipment and trash-can banging to steal signs.  MLB dealt the most severe punishment against a team in its history last month by suspending GM Jeff Luhnow and Hinch for a year — Astros owner Jim Crane quickly fired Luhnow and Hinch after the punishment announcement. For his part, Hinch defended his players’ talents but acknowledged the clubhouse put itself in a position where its achievements may be blemished. Major League Baseball Commissioner Rob Manfred’s report noted the cheating was “player-driven” and that Hinch did not support it, but Hinch didn’t share that disapproval with players either.

‘Birds of Prey’ takes off in theaters

Margot Robbie returns as Harley Quinn from “Suicide Squad” and takes Gotham City by storm in “Birds of Prey (And the Fantabulous Emancipation of One Harley Quinn)”, in theaters nationwide Friday. As the film opens, Harley has split from boyfriend the Joker and is the target of revenge-seeking crooks, including crime boss Black Mask (Ewan McGregor). Fortunately, she recruits some gal allies, including detective Renee Montoya (Rosie Perez), club singer/screamer Dinah Lance/Black Canary (Jurnee Smollett-Bell) and crossbow-wielding vigilante Helena Bertinelli/Huntress (Mary Elizabeth Winstead). All in all, “it’s an entertaining lark that introduces a few good women – and four-letter curse words – into the canon of Superman and Batman,” writes USA TODAY’s Brian Truitt in his review (★★★ out of four; rated R).