A video posted last Tuesday on TikTok shows an employee at a Michigan Wendy’s taking a bath in the kitchen’s sink.

The video, which took place at a Wendy’s in Greenville, Michigan, according to WOOD-TV and WZZM-TV in Grand Rapids, shows an employee bathing himself in the store’s Power Soak sink while his co-workers play along, laughing. They’ve since been fired.

In the brief, unsavory clip, which was posted on TikTok with the caption “Almost got fired for this (expletive),” the unidentified man in the sink joked that it felt like being in a hot tub.

One of the employees throws a sponge at him, commanding him to “wash” himself. He then threw what appeared to be a food pan into the “bath” with him. 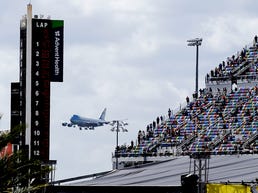 The Wendy’s employees involved in the incident were terminated for what a spokesman for the company described as an “egregious” violation of health and safety regulations.

“This egregious behavior is completely unacceptable and counter to our safety, training and operational standards,” said Christian Camp, the vice president of human resources at Team Schostak Family Restaurants, which owns the branch.

“Upon learning of this situation, all employees in the video were terminated immediately and the restaurant was completely sanitized. The health department visited the restaurant after this incident and no violations were reported.”