Kobe Bryant’s legacy will be at the forefront of this year’s NBA All-Star Game in Chicago.

This All-Star weekend serves as the first major gathering of the NBA family since Bryant, his 13-year-old daughter Gianna and seven others were killed in a Jan. 26 helicopter crash. LeBron James’ team will wear No. 2 to honor Bryant’s daughter and Giannis Antetokounmpo’s team will wear Bryant’s No. 24 in Sunday’s game.

Bryant is also slated to be honored as a first-ballot Hall of Fame pick when finalists are announced. Along with his five NBA championships, Bryant appeared in 15 All-Star Games, and also was the youngest to win the Slam Dunk contest when he was crowned in 1997 at age 18.

USA TODAY Sports looks at Bryant’s top five All-Star Games, including the four when he was named MVP.

Bryant’s first NBA All-Star Game was memorable in that he faced – and trash-talked –his idol in Michael Jordan. Bryant became the youngest player to start in All-Star history at 19. He was the Lakers’ sixth man that season and was among four Lakers named to the Western Conference team. Bryant had a team-high 18 points but Jordan’s 23 points (with the flu) lifted the East to victory and gave him the game’s MVP trophy. The ultimate highlight reel in this game came on a breakaway 360-dunk by Bryant off a Jordan miss. 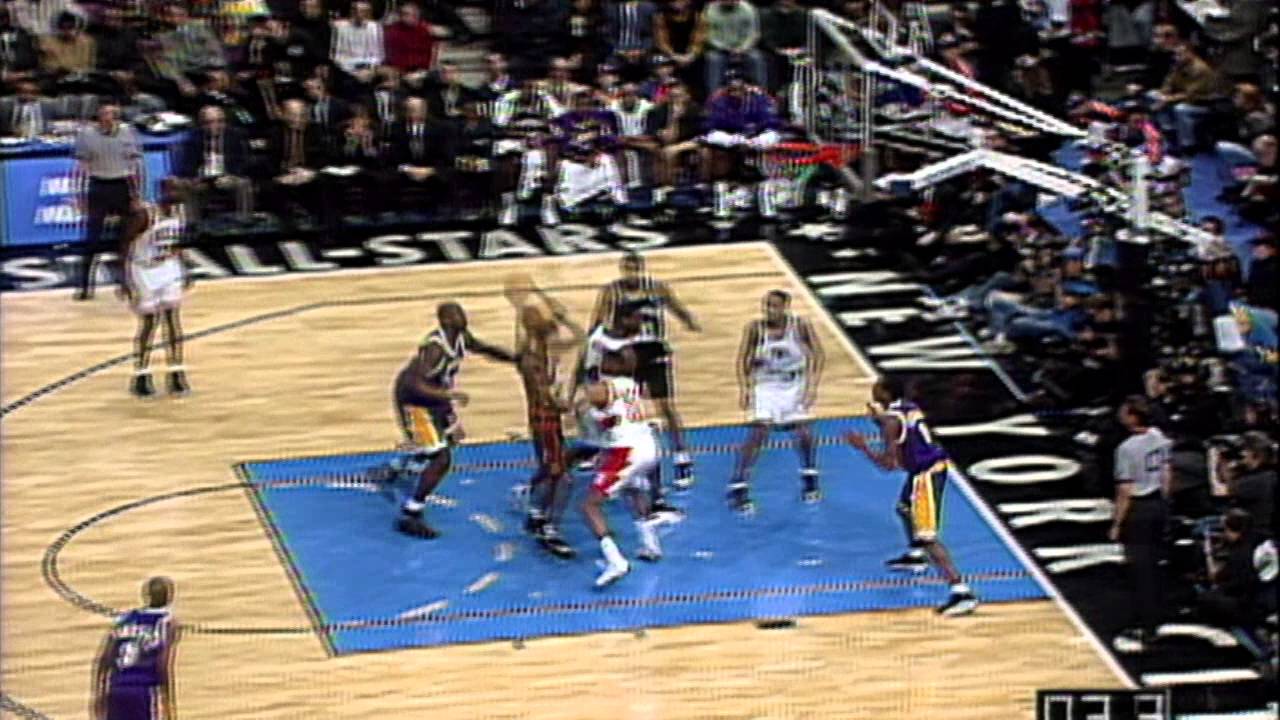 An Afro-haired Bryant was the unanimous choice as the game’s MVP in his hometown, scoring 31 points in 31 minutes on 12-for-25 shooting. He spearheaded the West to a 135-120 victory. Among the highlights were a nasty cross-over on Jason Kidd and no-look dish to Tim Duncan. He also got one last chance to trash talk Jordan, who was playing on the East in his with the Wizards. Amidst the Lakers’ early 2000s three-peat, in which Bryant was No. 2 to Shaquille O’Neal, the All-Star Game format gave Bryant a chance to show just how much the structured triangle offense held him back.

The season after scoring 81 points in a game, Bryant secured his second All-Star Game MVP by torching LeBron James’ East team for 31 points in a 21-point blowout win. Bryant also got the best of his former teammate, O’Neal, who was then on the Miami Heat. 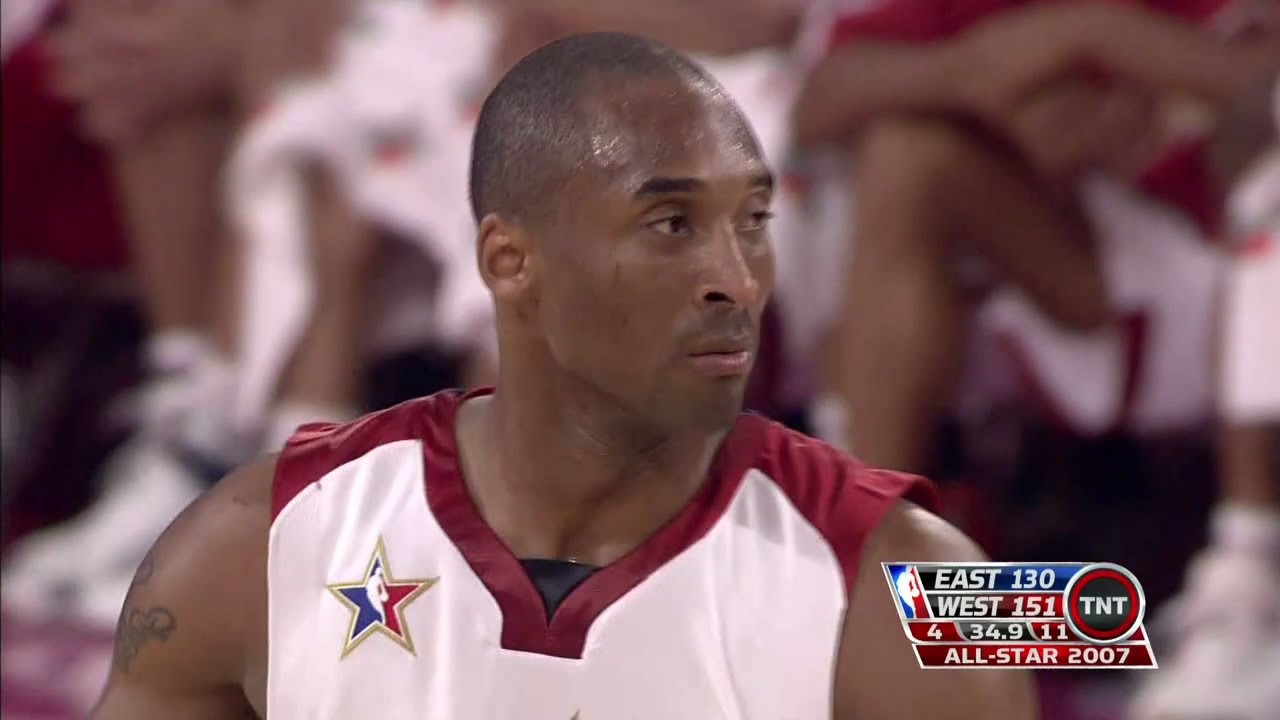 Just like old times, Bryant reunited with Shaq, playing with the Phoenix Suns, on the West squad and Phil Jackson was the coach. While carrying the West with his tomahawk dunks and instant offense for most of the night, Bryant, who won the regular-season MVP the previous season, got back to his old sidekick ways feeding O’Neal (he had 17 points in 11 minutes) in the paint to secure a 146-119 win over the East. Bryant and O’Neal were named co-MVPs, playing together as teammates for the first time since the 2004 Finals. 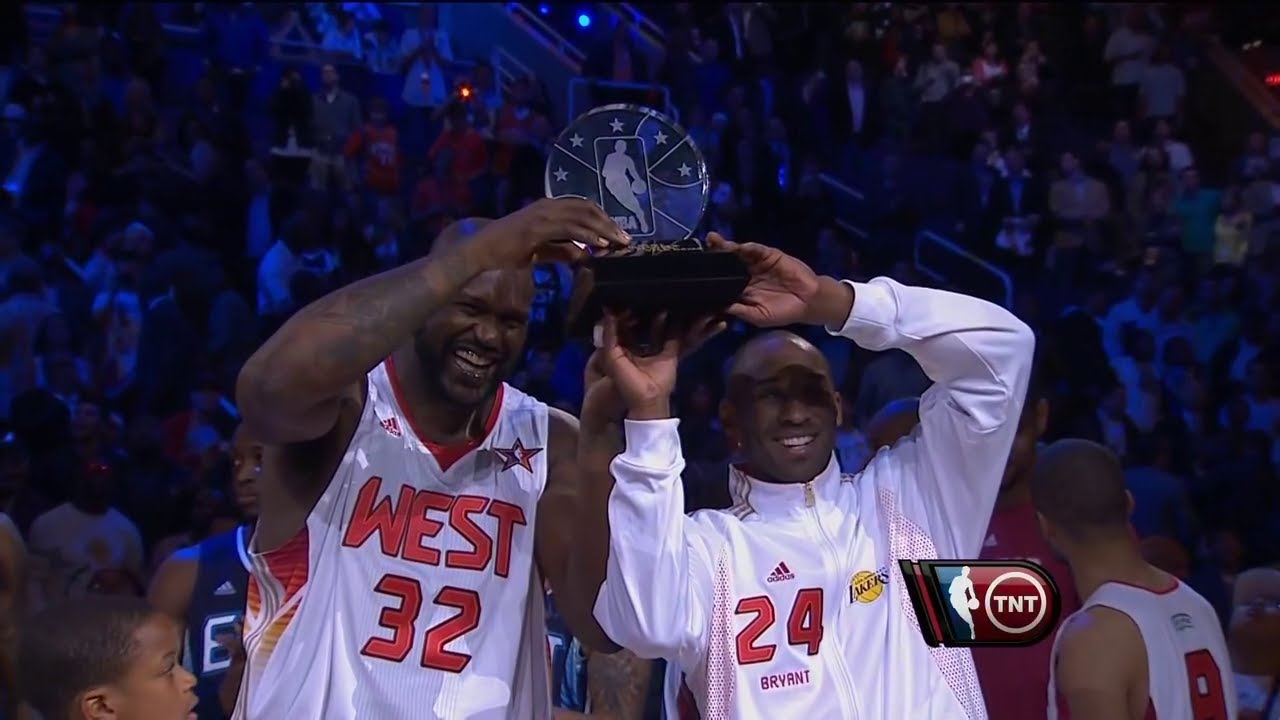 After sitting out the 2010 All-Star Game, Bryant was back in Black Mamba mode having received the most fan votes with 2.3 million. Also coming off his last NBA title the year before, Bryant was at his best in this contest played before the L.A. crowd. He finished with a game-high 37 points in leading the West to a 148-143 victory over the East. Bryant also had 14 rebounds, including 10 offensive boards. His fourth MVP award tied him with Bob Pettit for the most All-Star MVPs. The highlight reel included a blow-by move on Derrick Rose (the league’s MVP that season) and dunking over James, who had the second triple-double in All-Star game history with 29 points, 12 rebounds and 10 assists.